Leading car insurers have said they will accept dashboard-mounted video camera footage as evidence to be used in the event of a claim. 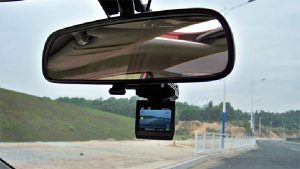 Dash cams, which are small, forward-facing cameras placed on a car’s windscreen, can be helpful when trying to prove liability if a motorist is involved in an accident. They cost from £50 and require no professional installation.

A recent study contacted 29 major British car insurers and received confirmation from each one that they would accept dash cam evidence in the event of a claim.

The study said that insurers were beginning to realise the benefits of dash cam use, thanks in part to their role in fighting “crash for cash” fraud, which costs the insurance industry an estimated £1bn each year.

A spokesman for the study said: “It’s not hard to see why dash cams are so popular with insurers – they act as an independent witness for drivers, who can use footage to demonstrate that they’re in the right should they be involved in the event of a non-fault accident or even attempted fraud.

“They give insurers the opportunity to make huge cost savings, and could help to end cash-for-crash fraud.”

Importantly, drivers who use a dash cam could be in line for discounts of up to 12.5pc on their premiums. Speak to your insurer to find out if they offer a discount for dash cam users.

The boy, thought to be around 18 months old, was left alone for more than an hour as temperatures soared.
What are you breathing in?

Motorists ignoring DPF problems
Scroll to top
We use cookies to ensure that we give you the best experience on our website. If you continue to use this site we will assume that you are happy with it.Ok