29,000 deaths a year are directly linked to air pollution from diesel particulates, a national investigation finds 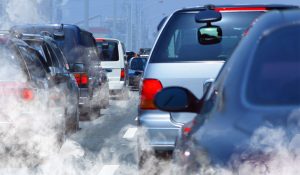 Tens of thousands of diesel cars are illegally emmitting dangerous pollutants because their owners have had their DPFs removed.

The Independent on Sunday has revealed that more than 1,000 garages and tuning firms around the country are offering to remove DPFs for as little as £250 – flying in the face of new MOT rules which now mean that a DPF must be present on a vehicle factory fitted with one.

The investigation found that rogue garages are continuing to remove the filters under a legal loophole – it is only an offence to drive a vehicle without a factory-fitted DPF, not to actually remove one. DPFs became mandatory on diesels manufactured since 2009 but owners can incur bills of up to £1,500 to have the DPF replaced.

Air pollution from diesel particulates has been linked to nearly 30,000 deaths per year.

Experts say the particulates enter the lungs and bloodstream and have been associated with autism, heart disease and cancer – they have also been shown to stunt the growth of children’s brains.

Kerry McCarthy, Shadow Environment Secretary, complained: “This will increase public concern regarding pollution from diesel cars, and the impact on air quality. Rules exist to protect the public’s health, but we are being failed by a Government that is not enforcing them.”

Following the VW emissions scandal (which relates to nitrogen oxides rather than particulates) Simon Birkett, of Clean Air in London, said the level of DPF removal uncovered was ‘horrendous’.

“Frankly, at least Volkswagen had a chip, even if it cheated the tests. Removing factory-fitted DPFs involves tricking or disengaging the whole emissions chip, all the time, on gases and particles,” he explained.

Campaigners complain that the MOT fails to catch DPF removal because it only requires a ‘visual inspection’ of the hardware, which can be welded back together and the optical smoke test cannot detect dangerous particulate matter.

A Department for Transport spokesman said: “If a car is fitted with a DPF and it is removed, it is illegal to be used on the road. We continue to monitor how many vehicles are failing the MOT for this reason, and actively seek methods to stamp out this practice.”

AMS offers DPF cleaning which can save you thousands and is fully compliant with vehicle regulations. More importantly, it keeps your DPF working properly which will save lives. Call us on 01934 824551 to discuss your vehicle

AMS Top Tips on preparing your car for the winter
Scroll to top
We use cookies to ensure that we give you the best experience on our website. If you continue to use this site we will assume that you are happy with it.Ok