The latest findings from Trend Tracker’s consumer survey, which asks 1,000 motorists each month about where they last had their car serviced, shows the retention of customers is strongest among independent garages. 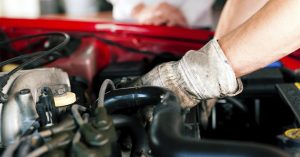 The numbers of cars ‘not yet serviced’ increased until 2006 and trended downwards to 2012, a result of the slowdown in new and used car sales during this period.

The data mirrors findings published in the GiPA UK annual ATO survey for 2015, which shows that motorists are less willing to recommend fast-fits, franchised dealers and autocentres.

However, as a surge in new car sales lead to a record high in the first half of the year, the report suggests the rate of service retention among independents will begin to steady as new car owners return their in-warranty cars back to the dealer.

The report states: “New car sales are replenishing the car park with better made, more reliable cars that will require far less in the way of routine servicing and repairs.

“The used car market has also picked up, which, combined with increasing new sales, means motorists are changing cars more often and correspondingly spending less on servicing and repairs.”

Whilst independent garages will see a slight fall in the servicing and repairs market value, the study claims that a ‘virtual collapse’ of DIY servicing will ensure independents take the biggest share of the market.

The report states: “The fact that the independent garages’ share of routine servicing is faltering does not mean dealer workshops are wresting back business from them.

“In the long run, independent garages will continue to hold the high ground because of the business gained from DIY.

“The outlook for the servicing and repair market is a return to slow decline in real terms; because motorists have started to change their cars more often, and surging new car sales introduce vehicles of higher build quality and reliability to the car park.”

If you would like to visit a garage that understands the importance of retaining our customers by offering the very highest levels of service then contact AMS today on 01934 824551 to discuss your vehicle.

Would you drive the wrong way up a motorway slip road?

Ridiculous dealer repair rates exposed
Scroll to top
We use cookies to ensure that we give you the best experience on our website. If you continue to use this site we will assume that you are happy with it.Ok