The biggest problem which main car dealers are facing is being unable to diagnose a vehicle fault, reports a survey of 50,000 motorists. 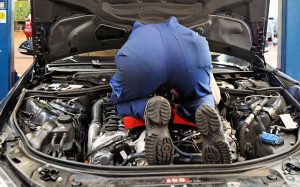 The Auto Express Driver study has revealed that 34 per cent of main car dealers fail to find a vehicle fault and of those that do manage to identify what’s wrong, 14 per cent of respondents say they can’t explain it well enough.

Nearly half of drivers had cause to complain to their main dealer over a repair or service issue.

Other complaints against the main dealers include unanswered phone calls, rude staff and unjustified bills.

Auto Express said: “The biggest complaint dealers face is that their mechanics are often unable to diagnose a fault. As cars become more complicated, the number of potential problems grows.

“Our research team deals with such cases every day and this looks to increase.

“Electrical problems remain the single biggest problem owners experience and with more kit than ever fitted to modern vehicles, there’s a good chance you’ll be left heading back to your local dealer for a system reset or software update.”

Auto Express say alluring finance packages with pre-paid servicing help to entice drivers to the main dealers, with more than one-third of drivers claiming this to be the main reason for using a dealer for their maintenance.

The problem is clearly the quality of engineering staff employed by the main dealers, coupled with the pressures put on them to turn around jobs quickly. Only an independent garage can give you the level of service you need for your car.

After all, if your mechanic can’t find a fault then what are they really good for?

If you’ve experienced poor service from a main dealer or national chain, pop down to AMS to find out what a proper garage can do for you.

Over 10 million cars are being driven with an illegal tyre, studies show

Looking for a second-hand car? Beware these cars’ worst faults
Scroll to top
We use cookies to ensure that we give you the best experience on our website. If you continue to use this site we will assume that you are happy with it.Ok