With urgent calls for radical changes to reverse road death figures and ever increasing traffic levels, the professional and safety critical role of the MOT tester has never been more important. 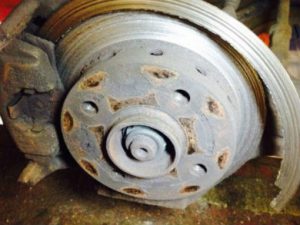 Despite the obvious safety concerns, MOT test stations across the country are continually discovering ‘MOT horrors‘ that never fail to shock.

Even for those that aren’t mechanically minded, these images clearly illustrate the continued importance of the annual test and put the true value of the MOT into perspective.

Whilst working on a Ford Transit recently, a Lincolnshire mechanic discovered a dangerous DIY repair job on a brake pad.

The owner had just driven ten miles to the garage, luckily without incident.

It’s likely that someone was unable to remove the disc to complete the job themselves and opted to bond a piece of wood to the backing plate, replacing the friction material.

A DIY seat belt repair is another shocker from an independent garage after they found an MOT failure on a 2005 Suzuki Vitra.

The rear seat belts had been cut and stuck back together with paper staples.

The mechanic said: “I dread to think what the outcome would have been for the passenger if the vehicle was involved in a crash.” 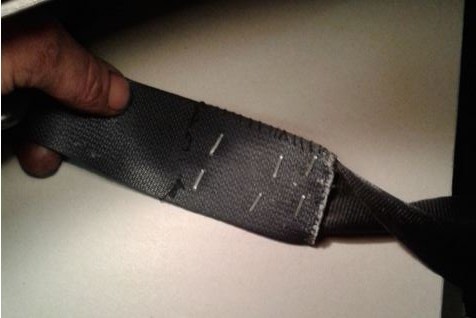 Elsewhere, an independent MOT tester discovered a shocking repair job on a car whilst carrying out an MOT.

The owner claimed the ‘body work’ had just be done, leaving the engineer shocked to say the least. 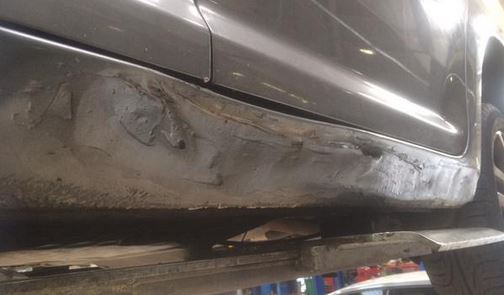 So don’t just treat your MOT as another annual bill. It is the one time each year that your AMS mechanic can ensure that your vehicle is safe to carry your loved ones.

The boy, thought to be around 18 months old, was left alone for more than an hour as temperatures soared.
Wheel-gazing cyclist rear-ends a parked car

Does your garage overcharge women?
Scroll to top
We use cookies to ensure that we give you the best experience on our website. If you continue to use this site we will assume that you are happy with it.Ok