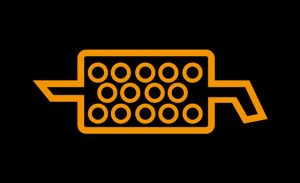 The exhaust emissions standards for new cars have effectively required the fitting of a DPF (Diesel Particulate Filter) in the exhaust of diesel cars since 2009 when the ‘Euro 5’ standard came into force.

Standards aim to deliver an 80% reduction in diesel particulate (soot) emissions but the technology is not perfect – AMS regularly works with cars where the particulate filter warning light indicates a partial blockage of the filter.

How do they work?

As with any filter they have to be emptied regularly to maintain performance. For a DPF this process is called ‘regeneration’ – the collected soot is burnt off at high temperature to leave only a tiny ash residue.

If regeneration is unsuccessful the extra fuel injected will not burn and will drain into the sump. Oil quality will deteriorate as a result of this and the level will rise. It is important that you check that the oil level does not increase above the maximum level on the dipstick as diesel engines can run on excess engine oil – often to the point of destruction.

If you ignore the warning light and soot loading keeps increasing then the car won’t run properly and the most likely outcome will be that you will have to get a new DPF costing at least £1000.

The ash residue which remains after successful regeneration cannot be removed and will eventually fill the filter. DPFs are designed to last about 75,000 miles, but many, operating correctly, are achieving more than this.

The most commonly fitted type of DPF has an integrated oxidising catalytic converter and is located very close to the engine where exhaust gases will still be hot. This heat means that passive regeneration is more likely to be successful.

Some models, across a wide range of manufacturers, use a different type of DPF which relies on a fuel additive to lower the ignition temperature of the soot particles.

DPF removal is not a legal option

It is suggested from time to time that the answer to failed DPF regeneration is get the DPF removed from the exhaust system rather than pay to get it repaired/renewed. Indeed there are companies advertising just such a service including reprogramming of the engine management software, but is it legal?

According to the Department for Transport, it is an offence under the Road vehicles (Construction and Use) Regulations (Regulation 61a(3)) to use a vehicle which has been modified in such a way that it no longer complies with the air pollutant emissions standards it was designed to meet. Removal of a DPF will almost invariably contravene these requirements, making the vehicle illegal for road use.

You must notify your insurer if the vehicle is modified but such a modification could in turn invalidate any insurance cover because it makes the vehicle illegal for road use.

From February 2014 the inspection of the exhaust system carried out during the MOT test will include a check for the presence of a DPF. A missing DPF, where one was fitted when the vehicle was built, will result in an MOT failure.

With an original equipment DPF removed from the exhaust the car may or may not pass an MOT smoke test – a Euro V (September 2009 diesel) is more likely to fail than one designed to comply with earlier emissions standards.

Contact AMS today to find out more about DPF cleaning in Weston-super-Mare.

The boy, thought to be around 18 months old, was left alone for more than an hour as temperatures soared.
Exhaust Repair and Replacement

Vehicle Diagnostics
Scroll to top
We use cookies to ensure that we give you the best experience on our website. If you continue to use this site we will assume that you are happy with it.Ok